Meghan and Harry; Two C-listers looking for that Breakout Role! 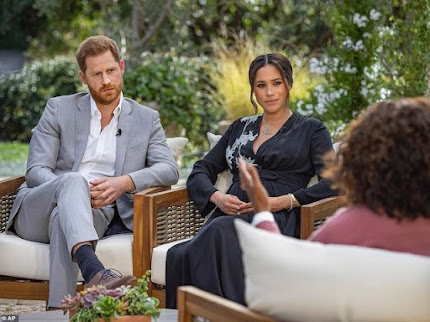 They were both pathetic, dishonest, unwilling to listen to criticism, etc, but what was the most galling, was the closing of the wagons by the filth in the mainstream media, to take the obvious, dishonest, PC, woke, take on this - "them old whities and all the UK are racist!"  They virtually mentioned NOTHING else from the interview.
Is it just me, but I eagerly await to see the latest, unbiased poll, that will surely show that not only do the UK public vehemently disagree with Meghan, but also are at loggerheads with the scum in the MSM.
They (the MSM) are hated!  And deservedly so.  It only confirms what I think about them.
On a side note, I recently watched a Saturday cooking show, that goes out live on the BBC each Saturday.  Normally, there are some "celebrity" guests, and depending on just how horrid or nice they behave, the UK public votes to have them be cooked, and then to have to eat, their "Food Heaven" or "Food Hell".
Normally, the said guests NEVER have to contend with their hell, but on this recent show some two or three weeks ago, there was a simply, horrific pairing of celebs (Charlie and Naga) from the BBC Breakfast show - that's right, the MSM.
They were simply ghastly!  Childish.  Snobbish.  Uppity.  Everything that the common man simply hates about the London elite, they went out of their way to prove is true.  And it just wasn't me, see here. 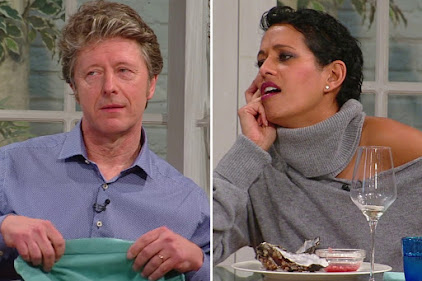 In the end, 76% of the public voted them their Food Hell - deservedly so!
Recht
Posted by Siempre Recht at 21:01