The 3rd Sector; charities, giving and their statistics & aims - Part 1 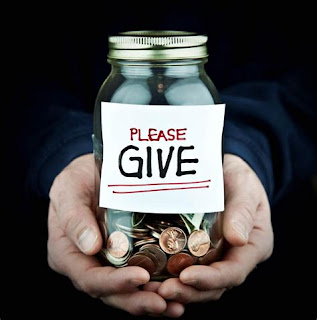 This will start a special two or three part look at charities, and the absolute racket / unnecessity that they have become.
I for one, have not to my knowledge, EVER used a charity, unless you talk about charity shops and the James Bond DVDs I bought last year along with a variety of long sleeve shirts, that were in perfect condition and have enabled me to survive the Glasgow winter.
First of all, please look at this link, which is yet another example of "bloat" amongst economic statistics that many non-profits, as well as economic sectors, have always used, ie, "Our Agricultural sector accounts for £24 billion a year to the UK economy . . . "
They all talk shite, but these stats are simply ridiculous.  For one, I looked at the statement that "there are 44,000,000 "regular" contributors to Charities, at a rate of 16 quid a month?"  What bullshit!  Are you actually telling me that nearly 70% of the people in this country contribute regularly to charity?  You're talking nonsense!  I DO indeed contribute to "charity", but even I would not consider myself a "regular" contributor.
In addition, a simple calculator used shows that this (£16 / month X 12 months X 44 million) only amounts to about £8,500,000,000?  At the same time, the said link states that the overall budgets of charities in the UK is £39,000,000,000?  Could someone please tell me where the other £31,000,000,000 comes from, if it's not from regular contributors?
Corporations?  Hugh one off payments?  etc?  I would really like to enquire at just where does this money, a very sizeable amount, come from?
Finally, the said link, also stresses that the contribution of the sector, is greater than that of the Agricultural and Arts sectors?  Hence, I've looked up just what these two sectors say about this, and have discovered that they (Arts) claim, via this link, to add £33,800,000,000 to the economy, that seems pretty close in my mind, whilst for Agriculture, it's about £27,300,000,000 - though weeding through each of these is quite tedious, in order to have a like-for-like comparison.
In the next few days, will continue along these lines, by looking at individual sectors a little bit more in detail.
Recht
Posted by Siempre Recht at 23:09 No comments:

Week Ahead - There is just SO much shite around, it's futile. . . 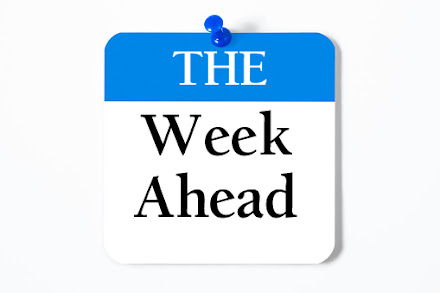 Another week, and will look, or at least question, several things:

1) An initial look at all the crap that heads of "non-profits" actually say.  What if we were to agree to EVERYTHING that they said?  Would we really be better off?

2) Finally, will do a finishing touch to my list of Healthcare reforms that America should do.

3) Various wokeness that I detest.

Posted by Siempre Recht at 23:15 No comments:

Email ThisBlogThis!Share to TwitterShare to FacebookShare to Pinterest
Labels: Economics Thesis, Week Ahead 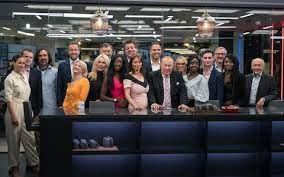 Just when you thought that we had an alternative to the hoary old, leftist, woke, MSM in the UK; we don't.
GB News is dreadful, not even as good as you and some of your mates bitching about the world, over a cheap pint of lager.
Why?  I have actually been watching quite a bit of them recently, and noticed that it is not necessarily a rolling news network, but relies heavily on a folksy, couch based, interview system, with a moderator leading discussions.
I would try this only some times, and have the moderators wear suits, and have a slightly higher camera, that would look down more at the interviewers / *ees.  Automatically, it would be more professional looking.
But what has pissed me off totally, is the blatant, "fair", wokism that their Free Speech show on Saturday afternoons has.  Case in point, today in the afternoon segment of this, an Erich McElroy?, a token American comic, went complete woke; talking about Juneteenth and the Tulsa Massacre, after answering the question put to him, about never being told about the Native Americans, who existed in North America before the arrival of the Europeans!
It was classic deflection, and COMPLETELY maddening to me.  I could have kicked in the TV, and will not be watching this shit for some time; and that includes the arrival of Nigel Farage on Sundays.
The fact is, when young, I heard CONSTANTLY that the Europeans did NOT discover America, but were simply the arrival of Europeans!  This guy was talking shite, and GB News should be ashamed of themselves to even have had him on their show.
Recht
Posted by Siempre Recht at 20:01 No comments:

Email ThisBlogThis!Share to TwitterShare to FacebookShare to Pinterest
Labels: PC, The Media

"Woke wonders of the World" - Do these exist? 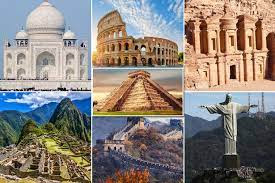 After reading about the New Seven Wonders of the World, I must confess that I knew something about these, but not all.  Then, I began to wonder that even THESE would be offensive to some of the pieces of sh*t out there, with a third rate Twitter account.  Thence, I feel that there is a need to find the 7 Woke Wonders, which can be either those worshiped by the "Wokerei", or those people / things, that are just such outstanding examples of wokery, that they simply HAVE to be on this list.

What would these be?  My thoughts are:

Filled with those loser Fascists, with too much time on their hands, and complete with a cancel culture on steroids.  I DETEST them.

3) So many!  I would choose Joe Biden, as he simply has so much power - Person

The mental moron, with a rock's IQ, has been used more in the first 6 months of his (his wife's) presidency, than anybody did in America's first two centuries.  Roll on '24.

A testament to all things woke, from massage rooms, to a running track. Awful!

Of all of the eating philosophy's, these ugly, pretentious, miserable snobs, take the (vegan) cake.

They're a disgrace, for never having the balls to push back against all the bollocks on gender and sex - Screw 'em!

The lot of them should be arrested immediately for child abuse.  The quicker we move to home schooling and school choice, the better.

Posted by Siempre Recht at 20:08 No comments:

The week Ahead / UEFA and the Rainbow Flag

This week is still very busy for me, but rest assured will try to give my opinions on various topics, such as: 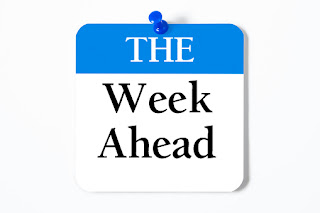 * Thoughts on the changes in COVID stats

And on the ridiculous decision of the fascist, LGBT community, wanting UEFA to fly the Rainbow Flag, as a big eff u to Hungary, I will say something on tomorrow.

Posted by Siempre Recht at 22:59 No comments:

Email ThisBlogThis!Share to TwitterShare to FacebookShare to Pinterest
Labels: Week Ahead, Wokeness

Wacko Websites - Insanity of the globalist elites - Is this how they actually think?

A recent perusal of various websites, has once again shown that even if you have initials after your name (I do btw, but who really cares?), you can still be a complete and utter idiot - as in a total lunatic.  The quote below sums this up completely.

Please go to this link, and pay if you must in order to finish reading the article (I did not), to see the simple insanity of how these people think:

You only have to read the first paragraph to know what they are up to; and I quote:

Countries that pursued strict pandemic suppression strategies fared better on measures of health, wealth and civil liberties than those that didn’t, according to an analysis published in The Lancet.They are insane!

To even comment on such insanity would give some credence to this piece of propaganda.

How could ANYBODY actually say, in a "learned" publication, that you will have more wealth in a country when you shut down the entire Economy; that you will have more liberty, when you are forbidden from going out, travelling, living a normal life, etc; and that the health of your country is better, when people are committing suicide in droves and other patients, such as cancer patients, are not receiving their basic treatment; as has happened in the UK.

This is complete madness!

Posted by Siempre Recht at 09:23 No comments:

As the French Open is almost behind us, and the inevitable hype ad nauseum, is about to begin in Britain about Wimbledon (or as the mob at the LTA say, the "Championships"?), an easy entry into the woke canon, is the LTA's simply terrible website - The epitome of white, rich & guilt wokeness! 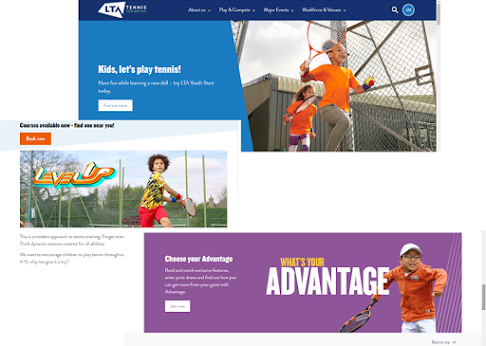 It's vomit-inducing and is recommended in Woke 101 for anyone who has frankly, had enough of this type of shite.  The screen shots, are from the first of several web pages, that both insult and lecture the reader, who may only have a glancing interest in tennis, but may be scared off, at the sight of the various minorities.  Hell, they may think that they pressed the wrong button / typed the wrong web site address, and have landed on the United Nations UNICEF page!

Posted by Siempre Recht at 06:11 No comments:

I'm actually on Holiday this week, and being away from Scotland (I'm in England), I've noticed that the woke brigade / sheeple effect or downright dreadful liberalism, is simply being practiced EVERYWHERE by the globalised elites.

- Will send some wokeness from Engerrland.

- A review of a simply, psychotic, leftist website (a delayed new feature!) 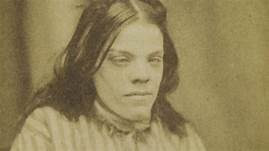 - And finally, will give you Part 2 of my solutions to the Healthcare scene in the USA.

Posted by Siempre Recht at 19:16 No comments:

Email ThisBlogThis!Share to TwitterShare to FacebookShare to Pinterest
Labels: Leftist Attitudes, Week Ahead

Hello, will this week complete my thoughts on the cost (over cost) of healthcare in the USA and the world.  In addition, will do some more on wokeness, and start a new category, where we look at leftist, psychotic blogs or websites, and critique them!

An easy job, but first, more wokeness, from the far-Left, fascist, BBC. 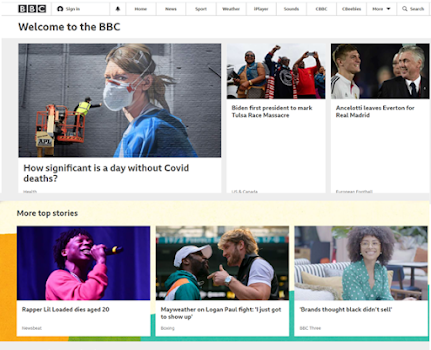 Take a look at this shit, this is the actual homepage tonight, 1 June 2021, of the BBC!
It is simply and completely ridiculous, with all things Black, again, AGAIN, being highlighted.  This is incessant!  They are utterly OBSESSED with Black people and Black skin colour!  For a country, where only 3% are of this race, please tell me why it is that they basically occupy the BBC homepage, in addition to having one of their faces on every, single advert on television?  Utterly outrageous.
Recht

Posted by Siempre Recht at 00:07 No comments: