The very first entry in a new series!

This will look at the various, awful PC / Wokeness, that is now at plaque level proportions!

Everything, and I mean EVERYTHING that we see in the arts, TV, radio, commercials, awards shows, etc, is now about skin colour, “orientation”, disability, or whatever!  Every effing thing is now this way!  I believe the code word is "immutable characteristics".

The articles will entail something from both local, Scottish, British and foreign information sources.  I’ll only publish once a week, but trust me, I’ll be scouring the globe for this type of shite but will primarily look at the English-speaking world.

Number one concerns www.memrise.com, a multi-language, learning portal, and their use of, almost exclusively Black faces on their web site.  Really?

This is simply REDICULOUS!  Even if you look at the percentage of populations in the UK or USA, it is on average, less than 10%!  So even if a woke POS knows BASIC arithmetic, there is no way under the Sun that Blacks constitute the majority of language learners! 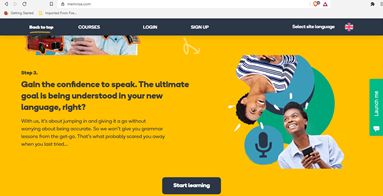 In fact, according to this link, only from last year, and I quote: 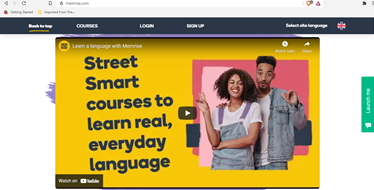 Research on African Americans in world language study (WLS) shows troublingly low rates of participation and advancement when compared with other minoritized counterparts and whites.

Says it all really.