Have you thought that they actually WANT a World War? 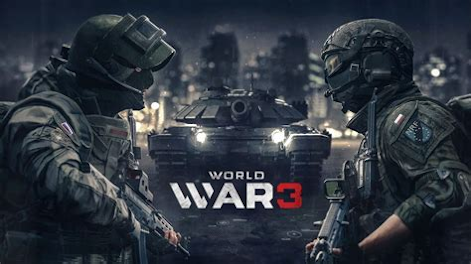 But what amazes me, but in reality doesn't (due to the dumbing down of society over the years), is that people in the street over here in the UK, either don't know this, or don't think this is that serious!
Honestly, they think that a nuclear World War III will be like a firework going off at the annual church picnic (or Guy Fawkes Night - https://www.visitbritain.com/gb/en/everything-you-need-know-about-guy-fawkes-night)!
At the same time, they are all wearing blue and yellow.
This is DEAD effing serious! And the globalist, Democratic / Neo-con scum, want this to happen.
In fact I had a friend basically tell me recently, that he would prefer a nuclear war, as long as Trump was not in charge!
I AM NOT MAKING THAT UP!
More and more I hear that this in Ukraine, is not just a normal war, or now, even a proxy one, but with US "boots on the ground" using drones, and that it has now escalated so much that a world war could beckon?
Please, don't think I'm crazy, I'm not!
Tucker Carlson had a perfect monologue on this, where the gang of Dems, and Leftists and filthy Neo-cons, arrived there just last week, in order to talk about "not losing" this war.  As if it's their own war!

In addition, renowned, thinking Leftist, Noam Chomsky, actually states what we're all thinking, by saying that Donald Trump is the ONLY person who wants peace!
https://www.breitbart.com/politics/2022/05/01/noam-chomsky-trump-one-western-statesman-stature-pushing-peace-ukraine/
The video is here, please go to 5m 45s to here Chomsky say this:
This entire thing is crazy!  And most of the unwashed are blissfully unaware of it.
Recht