Back this week, and Wee Nicky was in America just before I was there! Can't make it up! Scotland's far-left government is horrible!

After surgeries, holidays and recuperation, think I can finally start to blog a little bit more, and lo and behold, our beloved leader of Scotland, Wee Nicky (Nicola Sturgeon) had left the country!  Again! 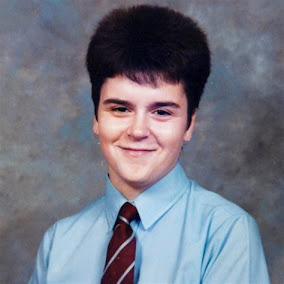 There she was in Washington D.C., pretending to be of significance, while making a fool of herself - apologies for the foto, it's nauseating!
This wonderful piece of "insight" and intelligence (sic), was at the Brookings Institute, a far-left, borderline authoritarian "think-tank", of little if any significance.
But she had her junket.  Disgusting!

Why do these people do this?  Because they can!  They are utterly out of touch, that while her government has been completely corrupt on SO many facets, the recent one being shipping contracts being given to her SNP cronies, that has received little if any media coverage.

1) The Prestwick Airport affair, where after spending money like water and taking it over for a pound, her government had to concede that they didn't know what they were doing; and a few years later, the unwanted airport, was on sale again! 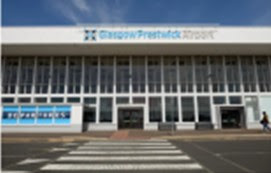 Though I can not find the exact figures as to how much of the taxpayer's money was spent here, I have heard or read before, that it was at least £100,000,000, but cannot state that exactly.
BTW, if you've ever been to Prestwick or want to go from there, please be advised that it's a toilet, with very little choice of departures (almost all go to Spain), and with every Ned in the world in residence herein - a filthy, drunken, dump!
2) The Passenger Ship scandal, which is still occurring, where her disgusting government handed out these contracts to a lackie of the SNP (Scottish Nationalist Party), under a cover of secrecy.  The ships are 5 years behind schedule, and MYSTERIOUSLY, the documents that noted just WHO gave the order to do this, have apparently disappeared. 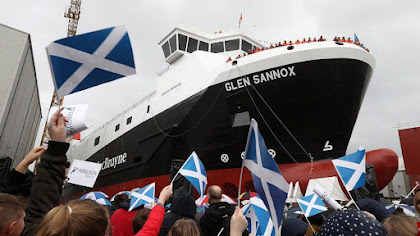 As the BBC says (as of March 23 2022), "The cost of the work has risen to about £240m, more than double the original fixed price cost, and despite some controversial loans totalling £45m from the Scottish government the shipyard went bust in the summer of 2019."

A recent report from Audit Scotland also found multiple failings - but said one key mistake was the government's awarding of the contract to Ferguson, against the advice of CMAL, despite it being unable to provide normal refund guarantees should something go wrong.

3) The latest, concerning our nationalised railroad, Scottish Rail, who are a travesty now, with strikes galore, but Wee Nicky has ordered that there will be NO negotiations for the time being!?

Simply awful, but they will STILL be voted in, as they were in the recent local elections.

Moral of the Story:

Governments don't know an effing thing about the private sector, and should steer well clear of these type of grossly incompetent decisions.

More this week on:

* Random headlines (many local) that will make you furious!

* Thoughts from my American voyage.