Welcome to the Blog - Are there any ideas around nowadays? Or is it simply anger? 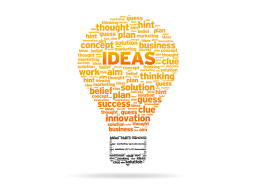 Are there any ideas around nowadays?  Or is it simply anger?  Or are we or is everyone, simply not interested in listening at all in these horrible, two-sided times.

Is this a rhetorical question?  Or is it the truth (Apologies for starting with "or" three times!).

This is often said, my I say, by both sides, yet in reality, I would disagree and agree at the same time.

To listen to a recent discussion on this, you should try Russian TV, on their always excellent show, Crosstalk (you should try watching it) - please click here.  And if you have an obviously leftist-run TV provider who will not stock it, try going online to watch their programming.

The discussion centred on two libertarians, and while they would probably agree with Trump on many things, they just (as always) didn't want to admit it, and subsequently countered that the right (or at least the people who are not on Team Left) have given up on ideas and in particular, never offered an alternative to Obama Care (hinting that this is only one of many things that they do not provide).

This is of course, patently false!  To begin a new health care bill, Republicans first had to dismantle Obama Care, and after Trump offered a bill (or one was sent to the Senate floor), there was a need only for 1 vote to pass it, when the late, not-great John McCain, came off his deathbed in order to side with the Democrats and vote AGAINST it!  Naturally, little if anything was said about the cocksucker's double crossing of Trump - so much for all the near canonization of him, and his ability to "transcend" political divides.

My point?  For ANYTHING to have been passed under Trump, was virtually impossible in these toxic days!  And for anyone to then criticise him (and the non-Left movement) for this, is completely disingenuous.

Email ThisBlogThis!Share to TwitterShare to FacebookShare to Pinterest
Labels: In General?