Crime - New Series about monthly Crime stories that disgust me!

This will be a new series each month, where we look at the simply awful justice system in the UK and America, though they are probably just as bad. 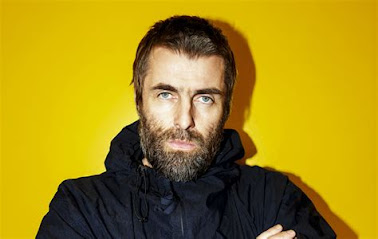 Take a look at this, untalented POS, Liam Gallagher (from the has been 90s band Oasis in the UK).

He was complete shite!  But for his brother Noel, who wrote and arranged all of Oasis's hit songs, this puke would've still have been yet another poor, waster of a Mancunian.

But as it is with SO many rich offspring, the apple hasn't fallen too far from the tree with this f*ck.

A recent incursion by his son, and a few of his friends says it all really about the legal system in the UK.  And as has it, it also involves another entitled offspring, in this case Ringo Star's grandson.

To put it briefly, with emphasis being mine:

Gene Gallagher, 20, and Sonny Starkey, 21, were branded “entitled” after causing havoc on a late-night visit to a Tesco Express store when groceries was thrown around and the two young men were accused of “windmilling” down the aisles.

The incident was sparked after their friend and model Noah Ponte, 21, was accused of stealing a £1.70 gin and tonic drink after the shop had stopped serving alcohol and ended with Starkey being put in a headlock by a shop worker and police on the scene.

All three friends had been due to stand trial, accused of affray and assaults on shop staff Hiran Rajput and Shvium Patel, who said they were racially abused in an incident that happened almost three years ago in May 2019.

But prosecutors dropped the case on the first day of the trial.

I could vomit!  They stalled in order to have the case heard some THREE YEARS LATER, only to have all charges dropped!

This says EVERYTHING about crime, the "legal" system and entitlement & privilege all in one!  At the VERY least, they should all be sentenced to some form of restorative justice or community service work for several weeks, and NOT fines - which seem to be normal behaviour nowadays.

But wait, it gets worse, as this POS Gallagher, has now gone on a foul-mouthed tirade AGAINST  the Judge who actually was presiding and who agreed that the Prosecutor's should drop the case.  You can not make this up.

Gallagher is quoted in his tweets as saying; "Judge Judy can kiss my a*** hole from 1 entitled prick to another as you were LG x [sp]"

What an ungrateful effing piece of trash.  If there is ANY justice, their should be an appeal by a higher authority!

More tomorrow, where I have a belter!