Rush Limbaugh - RIP - A review of his obituaries 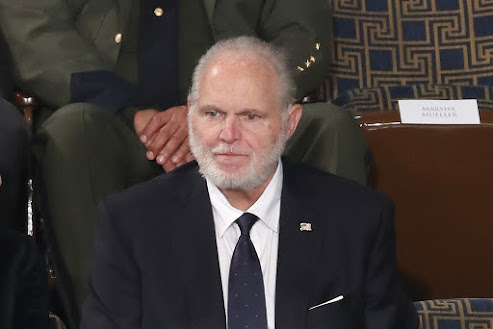 I think that one of the best things that I could do now, after Rush Limbaugh’s death, is to show just how much the left, fascists, RINOs, etc hated the guy, by looking at the various obituaries that were written on him.

We start with the scum from the Guardian:

A perfectly, nameless, cliched rant on all things Limbaugh - that would be expected of an O-Level Journalism class; with uses of “right wing” to “controversial” and never, still!, never understanding Limbaugh’s cheek, irony and humour. - 1 /10

Probably, as in EASILY, the best, with uses of “influential” and noted his almost 30 millions listeners a week, and how he often would court “controversy” knowing full well that there was not anything controversial about his views - particularly to his “Ditto Head” followers; solid journalism. - 9 /10

Keeping it classy, with the title’s use of “Turned Talk Radio Into a Right-Wing Attack Machine“ and showing just so plainly, that they either never listened to him, or were simply incapable of escaping, their hard left, fascist prison.  Though to be fair, they do note his charity and OTT style.  Probably the most in-depth of these reviewed.  Downright embarrassing, even for the “slimes”. - 3 /10

It starts well, with the use of “conservative media icon”, then immediately followed up (in the video) with “polarizing”!  How two-faced can you get.   It’s all downhill from there, ending with a New York slimes editorial on him, at the time his discovered he had terminal cancer and after his presentation of the Presidential Medal of Freedom in January 2020 from President Trump, from that piece of shit, David Remnick; “"Empathy is due to anyone who is suffering. But not high honors, not a celebration of a life's work devoted to the mockery and derision of the Other," . . . "For the President of the United States to bestow one of the nation's highest laurels on Limbaugh is a morally corrosive and politically cynical act."

And finally, a “mainstream” one, from legacy medias, NBC:

This is more of an opinion piece, not only positive, but stating the obvious on Rush’s humour, style, ratings, and why leftists could simply not only always hate him, but never have the basic intelligence to understand him. - 8.5 / 10