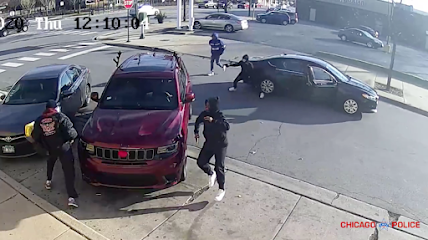 As anyone should know, certain types of crime, particularly in the inner cities, are spiralling out of control.  Yet, even in these liberal hell-holes, the old, leftist attitudes prevail.

Interesting links to these crimes, for those of you who actually want to read.

The second one, about the car jackers, had a Jewish victim named Amy Blumenthal.  And as Marx said all those years ago, “they’d hang themselves with the rope that they made”, you should actually read some of her comments on her attackers - comical and tragic, I quote:

“A plea deal is in the works and Blumenthal says she asked if she could have a conversation with them virtually.”

That’s right Amy, we need to talk with these young, pieces of shit.