Wimbledon; globalised, woke, homogenised - EVERYTHING is the same nowadays

Years ago, it was always a joy to watch the Mixed Doubles final of Wimbledon that always occurred AFTER the Men's Final on the last Sunday of the championships.
But then, only a few years ago, I noticed that this had ended?  I don't know exactly what year, but it could only have been in the last five or so.
What a shame!  It was just so relaxing, and then I thought - They've conformed to EXACTLY like the other majors in tennis (at least to the best of my knowledge).
Then last year, the great Roger Federer, did a self-video tour of the last and final middle-Sunday, as this year, they decided to play on the first Sunday*.  But now that has ended, as the recent Wimbledon was the first (ever?) not to have the first Sunday free from play - just like the other tennis majors. . . again.
* Why it is called "middle-Sunday", I will NEVER know!  It is the "first" Sunday, not the middle one!?
More of the same, homogenised, "just like every other major tournament in tennis" type of feel; doesn't seem like "Wimbledon" then, does it? 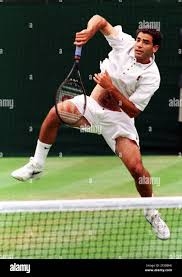 Equally, back in 2001, the courts were slowed down, after all, Pete Sampras was dominating, and we can't have that, can we?  So the courts were now to be played slower, so "everyone" had a chance to win.  It just wasn't fair before, was it?  Just like the other majors. . .again!
More of the same; a standard product, ad nauseum.

Equally, this year, as well as last, the officials started to have on-court interviews after nearly every match played; with someone truly awful from the BBC.  You know, the same questions, answers, et al, to those great queries, such as:

* Tell us your feelings?

* Are you looking forward to playing . . . in the next round?

Simply ridiculous and simply boring but to the inane crowds, divine!?

Equally, the Wimbledon committee and the agonisingly woke BBC, had a love-affair, with the runner-up, Ons Jabeur, from Tunisia - of course for their obvious, woke feelings.  If I could've earned a penny for every instance that I heard that she was Arab; I'd be retired now! 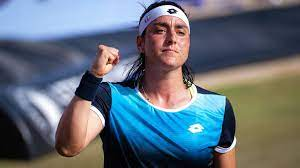 They, Wimbledon, then had the audacity, to put her first onto the first Monday's schedule, on Court No. 1, AHEAD of the current World Number 1, Iga Swiatek (who had won the French Open, and was the current Number 1 player in the world).

It was sickening and embarrassing.

But has anyone asked the question; why? 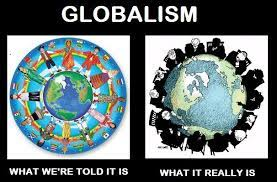 And it's just so easy to see why, the graphic says it all.

We want no competition, no variety, no individualism; everything on every continent, will be the same; full stop, period!