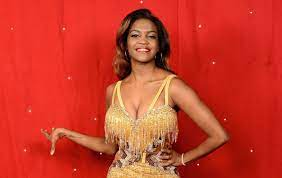 I belong to another website, that critiques the BBC here in the UK, and their simply amazing, globalist, woke, leftist slant to ALL things.

This is what I wrote on their board:

Haven’t been here for some time, usually am told off for my language (you lot are simply TOO polite; you can’t be polite with the leftist fascists nowadays), but has anyone watched Saturday Kitchen today?

I came close to hurling the remote at the Panasonic! My “tipping point” was when some token, South African, female, BME from some dancing reality TV show, was talking up South Africa, though naturally she doesn’t live there.

She then claimed that “honky” had been oppressing her people for “thousands and thousands of years”, and they only gots their freedom, 33 years ago.

I was back to my screaming days, until the other half told me off.

Their special, guest "star" in the episode I watched, is above and this is where it gets interesting. . .

Her name is Oti Mabuse, and to be blunt, she's a nobody on the incredibly, awful show, Strictly Come Dancing; on the other hand, there are A LOT of people who like this type of thing, for God knows why.  She was originally one of the troupe of dancers, but with the typical box-ticking, she is now a judge (as is her sister is now, on one of these dreadful shows!?)

Naturally, the Wikipedia page is a laugh, as they describe her as a "Latin Dance" champion at the beginning in order to give her more standing; but it is only further down the page, that it elaborates that this was actually in South Africa!  Bet there was a lot of competition there!

And her continued "judging" in all things moving, now has someone in her latest show, Dancing on Ice, calling for her to be axed, as she doesn't have ANY experience in the world of ice dancing; even more box-ticking.

This of course, is a swipe at these type of people, who seem to be a new form of clique'ism, as in, if you are meant to be good at one thing,  then it's automatically assumed that you know everything. 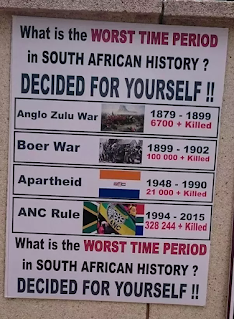 What infuriates me, is why is she allowed not only to be in my country, but still claims to be South African, a country she probably knows very little about.

You'd think that with all these opportunities afforded her here, for very little reason (one of her first shows was in Germany, where she finished dead last!), that she'd be talking about what a great lot we are here in the UK for taking her in; but naturally she chooses to harp on about how "her" country was done so wrong to, and LITTLE IF ANYTHING about the awful current situation there; that is completely of their own making.

These people disgust me.