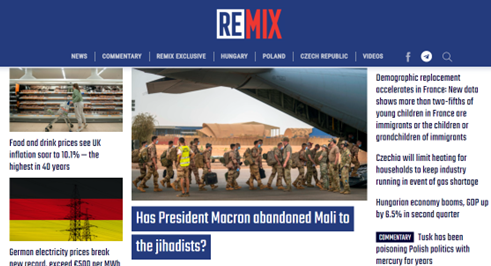 If you given up all hope for the world, or at least for the MSM and their perennial bias; please try Remix news (I believe I've said this before).
Whilst it may be even MORE depressing, at least it is real, documented and tells a radically different story than the scum in the BBC, et al, do.
For example, please see here; where you will find, that our fair, democratic, "we believe in free speech" Germans, have effectively banned the AFD Party from speaking on the public TV channels there.  Please keep in mind that the AFD, have about 10 - 15 percent of the seats in the German parliament; or 81 from 736 seats to be exact (11.05%)
They just love free speech, those Germans; naturally as long as my free-speech is their idea of free speech. 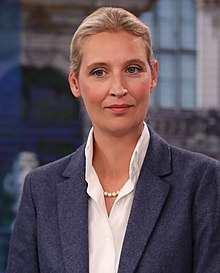 By the way, the AFD is still lead by Alice Weidel, apparently a right-wing bigot; but who is ALSO a lesbian, a fan of Margaret Thatcher, and is fluent in Mandarin!  Sounds like an ignorant hick to me as well!
AFD, is actually a completely sound, reasonable, and patriotic / anti-Globalist party, but are described by that ever reliable rag; Wikipedia, as "It is positioned on the radical right, a subset of the far-right,"
Ah, I see now, not just the "Far-Right", but the "Radical Right" now.  I'm just so well informed now!  Ha!
Later this week, we will look at all the BMEs (ethnics) on German TV; particularly the advertisements; and you thought that this only happened in the US or UK!
Recht
Posted by Siempre Recht at 21:21