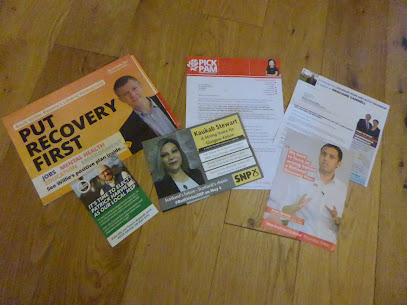 It should go without question, that both in the UK and particularly in Scotland, that the electable choice of parties / candidates is next to non-existent, due to the bigoted, ignorant mentality of the sheep that we have as citizens. 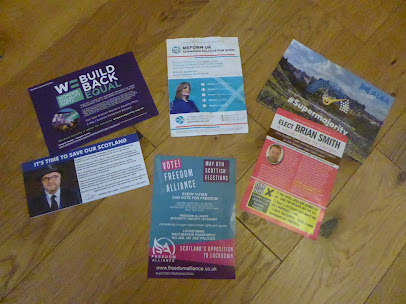 On one side, we’ve the filthy, bigoted, nationalist socialists in the SNP, whilst on the other, we’ve the Conservative & Unionist party (Why are they still called this?).  And it is simply a matter of picking them, as the only party that isn’t as bad as the others.  One only has to look at the policies of either the Greens, the Natzis (SNP) or the Lib Dems, to see that NONE of these horrendous parties, EVER talk about growth, jobs, productivity; but only have individual shopping lists to bribe the voters. 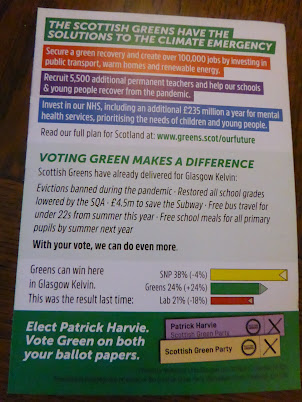 PLEASE go to these links and add the costs up yourselves!  The policies are simply and utterly unbelievable, that can both never work or be paid for, and range from Transformative Plans for Childcare, to a A Green Infrastructure Investment Plan; where the Greens wish to spend over $10 billion bucks, to allegedly change everything from the trains, roads and probably even the weather, in Scotland.  Please read these, as they are simply borderline psychotic!  Honestly, they’re utterly crazy!

What we also have in Scotland, are two ballot papers, where we vote for the candidate of choice for your constituency and the second ballot, where you choose the party that you like on the “list”.  But here comes the problem; in the horrid place where I reside, it seems that even Labour are too “right wing”!  I kid you not.  Whilst I have not seen many SNP and Green signs as before, it could well be a shootout between these two radical, borderline Fascist parties, as to who will win in my constituency. 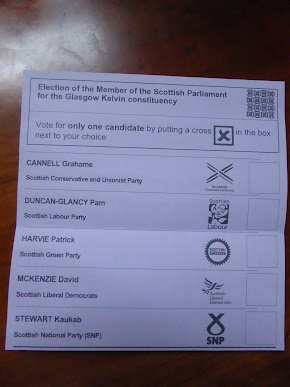 It’s disgusting considering one of the parties, the SNP, basically have a liar who is running them, and who no doubt knew that their ex-leader, Alex Salmond, could probably have been assaulting and molesting innocent office women in the Scottish Office, yet did little if anything to solve it.

On the other hand, the Greens basically have NO green policies, but have put themselves as even MORE leftist than the SNP and have also promised a return to Europe (when in reality, this will simply NEVER happen, as it would only take one veto, say from Spain, to block this!).  I despair!

Hence, I will probably vote Labour, just to block either of these parties.  Though the temptation is to vote for George Galloway’s new party (Galloway himself, has already been threatened on line by the way), as to see “Gorgeous George” in the Scottish parliament, having a field day with Wee Krankie herself (Nicola Sturgeon, our “esteemed” First Minister), would be a sight to behold.