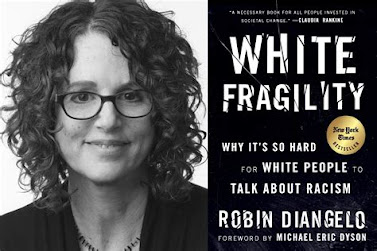 This term, coined by a leftist, psychotic, who's never had a job in her life; is a disgraceful piece of bigoted hate; but hey man, that honky chick is just so hip!
In fact, this cracker has tenure at Westfield State yooni!  That upper echelon of the educational establishment!  What? 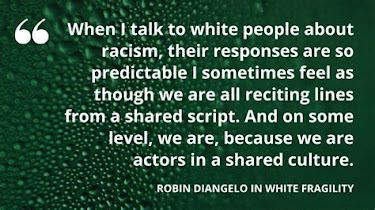 To sum up her third rate credentials & arguments:
1) It's whitey's fault (You have "White Fragility")
2) You have NO right to put up a counter argument; you're wrong, even if you're right.
3) If you insist, please see (1)!
Literally, this is her thesis!  I am not making this up.
But lets look at this in a reverse way:
1) It's the Blackman's fault for his condition - NOT slavery, discrimination, the KKK, etc, etc.
2) But if he argues, that some of his condition (up to the 1950s), was due to the above.
3) And he insists that part of this is true *
4) See (1)
* Not the broken family unit in the Black society, not the Rap culture, not the "to get on with life is a White thing to do", not the crime, etc.
I utterly detest these people!  They claim that there is so much hate aimed by white people at Blacks in America (that has resulted in their condition), yet then do the EXACT SAME THING in their arguments against the White population; and equally never put up any type of solution, other than more hate.
Equally, they ignore the now close to 70 years of constructive dialogue that at times (since the Brown v Board of Education decision in 1954), has been both eventful, and not so successful - But at least there has been huge attempts at looking at their plight & trying to solve it.
Finally, they ignore not only the arguments in * (above), but all the other ethnic minorities who have got on in life highly successfully (The Asian population in America, who on average, are the wealthiest part of the country); and who are NOT black.
Recht
Posted by Siempre Recht at 21:31