The Week Ahead (I've been busy!) - Biden and his "Judge" Nominees; Simply Unbelievable! 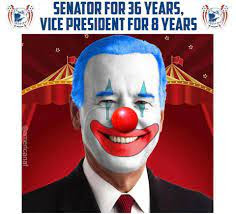 One of the greatest things that Trump did, was his ability, along with Mitch McConnell, was to have his judges appointed in the Senate.  It was staggering the number that were, even AFTER the fascist, Dems took control.
Mainly, though I have not Googled this, they were sound and very young.
Contrast this, to these two token, buffoons who are getting a grilling from two Republican senators (Marshburn and Kennedy).  It's literally mind-boggling just how INEPT and over their heads these two nominees are.
Watch and laugh (or cry if and when these two dolts get appointed).
My Lord!
Recht