This week (a bit late) - Black "Inventions", and Travel in this "extreme" weather Days 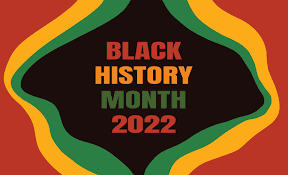 Hey All!  Guess what, EVERYTHING that has ever been invented, was invented by a Black American!

If you don't believe me, just do an online search.  Ah, the joys of Black History Month!

And even the colour PC monitor, apparently, according to an email I received from Animoto (an online, video, creation service), was also a Black invention.  And then there's me, who knows that Africa, is just SUCH an enlightened, rich continent!

Equally, I've had to put up with 30 years of UK propaganda, telling me that it was some "limey"  who had invented the Internet (actually, the WWW / http  Protocol).  When after all, it just had to be a Black American. Right?

For the actual TRUTH on this BS, please go here.

Which exposes the naked, blatant racism of people who actually have the fucking balls to put out these lies.  Hey, I blame that truly AWFUL bit of revisionist history, from the film, Hidden Figures, that actually said that it was black American women, who put the first man on the moon!

They must have been right!  Just look at this picture, and the complete absence of honky!: 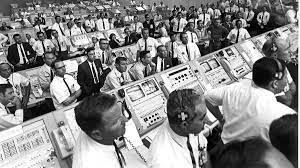 Good God!  When will this fucking shite end!?

This week, more nonsense and various bits that you no doubt will enjoy.  At present, I'm in Germany and will blog once or twice  on the awfulness here as well.