A recent Facebook discussion, just shows that there are no rational supporters of the SNP or for Scottish Independence.  It went something like this:

1) A sitting SNP MP wrote, that Brexit is the reason why we have expensive Petrol (They actually said this!)

Brexit, according to them, caused the exchange rate of the pound to dollar to fall, thus resulting in oil / gas being more expensive to import.  And they actually had the dishonest nerve, to talk about the $2.00 exchange rate in 2008!????   Implying that before Brexit,  this was the rate of exchange! 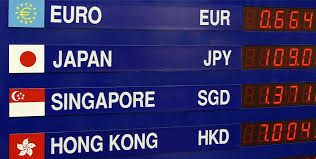 3) Then, there was a pile on, with one moron, talking about Balance of Payments, Trade, etc, in an effort to sound intelligent - NOTHING WHATSOEVER to do with the exchange rate!

Isn't that interesting, these geniuses did not have a clue about the actual Exchange Rates of the last several years, but you know, who cares?!  But this MP's argument was ONLY about the Exchange Rate!

4) I naturally responded that I too, have an Honours Degree in Economics, but "who cares" if I do.  A 5 year old could look up the rate of exchange at the time of Brexit, and come to the conclusion that our current Rate of Exchange is more or less, the same!

As with all cases in a Facebook "debate", I chose to only have one rebuttal, as the old adage, that the more you argue with idiots, the more you sound like one.

If I wanted to say more, I would have said something to this effect:

The price of petrol has NOTHING to do with either the exchange rate or Brexit; what part don’t you understand?  Currently, there is a worldwide increase in petrol prices, America, Germany, everywhere is suffering from this, unless you’re implying that Brexit caused this as well?  If so, that is borderline psychotic thinking.