Larry Elder got beaten badly, BUT, his points on Education are still TOTALLY valid! - Part 1 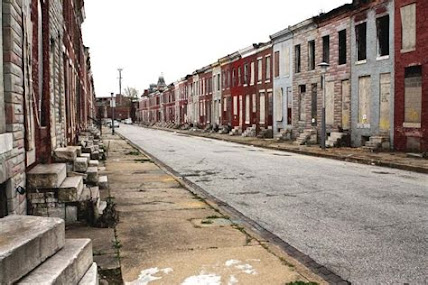 Ah, what a lovely shot of Baltimore; having suffered for over 50 years with Democrats in charge of the place - disgusting.

But if you thought that was bad, check out below; you won't believe it; and I thought my 3.25 gpa was bad!

Taking all individual responsibility away from a class of  people and then expecting them to work and be rewarded for it, and thence bettering their lives, will simply NEVER improve their lot - but they STILL vote for policies EXACTLY like this!  It's infuriating, but as Larry Elder found out, though  he probably already knew, this class of people will not vote for people  like him, with educational policies like him, but WILL vote for the great, white, God, like the POS Gavin Newsome.

Next time, we'll look at several statistics about Newsome's California, that are simply unbelievable, and do not receive any coverage from the filth in the MSM.