Inside the leftist, "I am always right, even when I'm wrong", mind - Pfizermectin

They are truly disgusting, take a look at this filthy, lying, pos from the Labour Party in the UK.  She does this with not a hint of a brass neck, as naturally, she's a box-ticking, woke, piece of garbage, and has a completely separate set of standards that the media will judge her by - if, and I do mean if -  they even report on this. 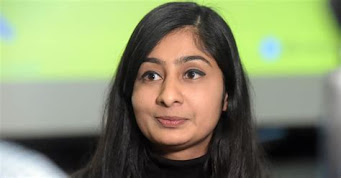 We all know, that if this was a Tory, it's front page news!

My point here, is not just the arrogance, and the bigotry of these type or class of people, in this vile case, she is also very much anti-Semitic (accused of), it's that they will NEVER back down, ever! 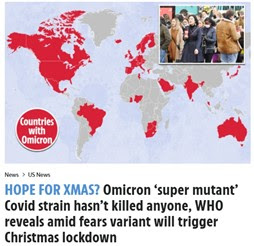 Take for instance, the newest findings on the Omicom variant, which according to everyone familiar with it, be they South African health chiefs, Theresa May or the fact that it has not killed anyone in the UK and has mutated at times with the common cold virus; that still, they want to lock us down - even though the science says the exact opposite.

Another instance, is the downright lies about Ivermectin only being a "horse paste" according to the BBC, but now, senile Joe has ordered 10 million courses (NOT doses) of the Pfizermectin drug, and although it is not the exact same drug, it is still a Protease Inhibitor and acts very similar to Ivermectin.  Though a key difference may be, that the dose level of Ivermectin is not at a high enough level, when compared to the Pfizer product - but big deal?  Right?

Point?  They will never admit to doing anything wrong or to backing down from their ridiculous statements.  Even when they are quite rightly, thrown out of office.

As Limbaugh said years ago, "they are, who they are, they will not change".