I hear more and more people saying that they're through with the Tories, and fair enough, but as Nigel Farage has said the last week on GB News, there's a wafer thin difference between all of the major parties, which beggars the question - who do I vote for?

Please go to this link: 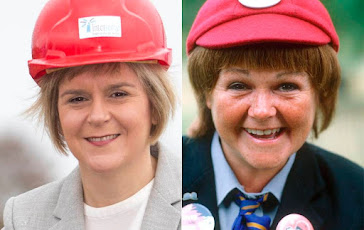 from the last few days, where McKrankie herself (The Krankies), shows herself to be in bed with Boris, actually referring to the 100 odd Tory rebels, as "dangerous"!

Totally outrageous, as far as I'm concerned, but it leaves you in the position, that just who would you vote for, when there is ABSOLUTELY no difference between the major parties anymore?

Just food for thought, but I will be listing not only the alternatives, but also a certain strategy that could be used in the very near future.