The Week Ahead - Puppets, Sheep, War Propaganda, but first, CBS Sports - A woke rag of a Website!

Everything is so bad and probably about to get worse nowadays, hello gas and energy prices, but first some culture and just how everything and everybody tries to be so woke.

This concerns the recent retirement of Carli Lloyd from the USA's female football team. 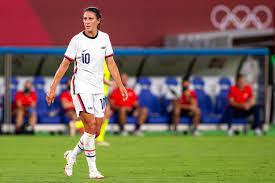 Even with her stature in the game, Lloyd has been a polarizing player. She declined to take a knee before the Bronze medal match of the Olympics in August of 2021.  Her reluctance to speak out about social issues during a time when the team became notable for taking a front-footed approach on a myriad of issues certainly could be part of the rift.

I've noticed that everything, even sports sites (or rags) as in the case of CBS Sports, now have lost ALL objectivity trying to reach that nirvana on the woke summit.

That's right, because Lloyd refused to take a knee, like that piece of shit Megan Rapinoe, that she is now somehow, "polarizing"?

You can't make it up, but I just had to report on this, as I feel that just so many blogs will only look at shite inside the Beltway, or in Ukraine at the present moment.

This week, more comments about various things, in addition, to an opinion piece on just WHY our utterly useless politicians seem to ALWAYS wait until something horrendous happens, until they finally decide to do something.

Email ThisBlogThis!Share to TwitterShare to FacebookShare to Pinterest
Labels: Sports, The Media, Week Ahead, Wokeness