Sports are awful; The MLB deal with more playoffs & uniform advertising. Once again, the rich get richer . . .

A few months ago, I found an old Sports Illustrated mag, that talked about the 1970 Kansas City Chiefs side who were world champions at the time.  There was an interview with one of their players, who noted that at the time, his neighbourhood where he currently resided (at that time in 1970), had a mixture of plumbers, carpenters, him, etc! 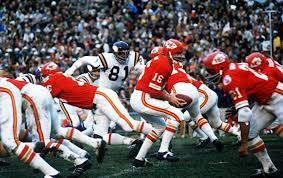 That's right!  Now I DARE anyone to find a player nowadays who could actually say this. And that's the point of this blog post - the gap is wider today, and will continue to increase, much to the chagrin of an equal society.

This is a bit of an old blog entry (2 weeks!), but stresses again, the might of monopoly and oligopoly. 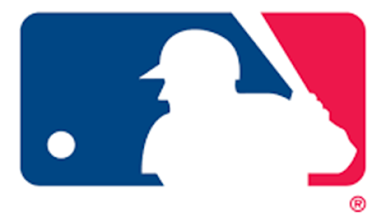 In addition, years ago I read an article in the once great magazine, but sadly now a globalist, rag, The Economist.  The article talked about the Wimbledon tennis championships needing to find a sponsor, in order to generate more revenue and stay competitive - were they wrong!
And this brings me to the recent discussions in baseball, where  MLB came to an agreement with the baseball players union, to end their lockout of the baseball players. The CBS Sports link is here:
It should also be noted, that I am beginning to respect the NFL again, as they are now the ONLY major sports league in America, that does not allow advertising on their uniforms - perhaps they feel that THEY (like Wimbledon) are their own brand?  And quite rightly as well.

From the report, I wish to highlight below, two new proposals that were agreed to, and naturally, are ONLY about money.  As if there is not enough of that in the sport already.

Since the creation of the Wild Card Game in 2012, 10 teams have made the postseason each year except the pandemic-shortened 2020 season. That number will now increase to 12 teams. (The owners had pushed for a 14-team format.)

And this below, which as said above, leaves the NFL as the only league without outside advertising:

In addition to the expanded postseason, the league will be creating a new revenue stream by allowing teams to feature advertisement patches on their jerseys and decals on their helmets, per ESPN.

Both of these will serve only to increase the money in the league, but will also further dilute the sport and grow the gap between the normal man and the millionaire sports stars therein.

If it was possible, I surely would wish that somehow I could go back to the days of the Chiefs, in 1970.

Email ThisBlogThis!Share to TwitterShare to FacebookShare to Pinterest
Labels: Sports, The Media