The Week Ahead - More Netflix wokeness, you can't make it up - Nauseating!

Coming off the revolting, leftist, lovies who polluted the British Academy Awards show on Sunday, comes news of that so authentic Victorian drama, the ever so shit, Bridgerton.  I just happened to see this in the Radio Times, at my nearest Tesco. 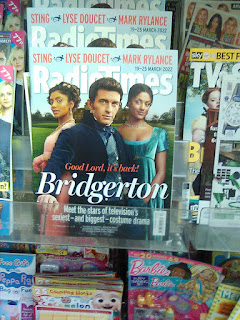 Yes, I know; they look JUST like the Victorians!  Don't they?  With this being just one big "Eff You" to the British non-Black public, who have their nose rubbed in it - as a myriad of white actors and actresses are literally given no chance of ever playing these parts. 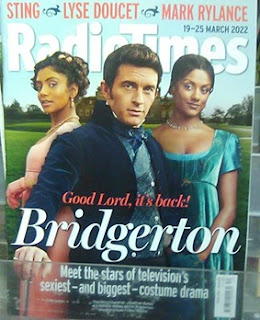 Equally, it's always a good thing to see the unwashed in their views, particularly when they like garbage like this.  For example, below was a comment from a racist, black reviewer, who naturally, mentions their get-out-of-jail card (from being a racist) - "diversity"

I just know, that this filthy racist would be up in arms if the recent portrayal of Richard Williams, in King Richard, and the simply dreadful performance by Will Smith, would have been portrayed by a white person!

The cries of racist would be able to be heard from Saturn or Jupiter.

This simply infuriates me!