The week ahead - Maybe some positiveness?

It's simply awful from the left, fascist, Nazi, authoritarians - but who knows, after the mid-term state elections last week in the USA, where the Democrats took a hammering, maybe right will win in the end.

Recently, I had to go to hospital after a recent surgery .  Yes,  the NHS is shite at some things, but very good at others - maybe we as a species only remember bad things.

I have to say, the follow-up appointment ran late, but when do they EVER run on time.  And after a fascinating talk with my surgeon, I was off, on the road to recovery.

It was only then, where I saw the shite things about not only the NHS, but Britain, the West of Scotland, and the great "working class", that I simply detest! 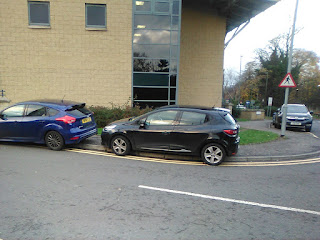 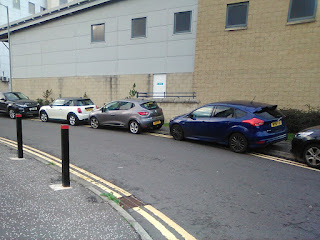 After leaving the hospital entrance, I noticed 3 "engineers" or maintenance lads, naturally, one of them had a can of Special Brew in their hands - whilst on shift!  Can't make it up.
I then passed two Glasgow "beauties" heading into the hospital, with mouths like the sewer, effing this, fuucking that, et al.  Disgusting.
And finally, as the photos show, there were a bevvy of double-parked cars - a complete and utter lack of following the rules and being disciplined.
God help us if we are ever independent!
This week more on this and various other topics.
Recht