You would have had to be living under a rock, if you had not heard anything about the impending departure of the main football teams in Europe, to start their own Superleague.  This is a natural extension to the existing Champions League, that was established in 1992. 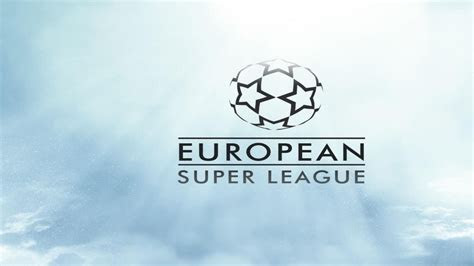 And naturally, there has been an uproar by many supporters and non-supporters of the various teams that wish to leave.  But before all of the moral pontification, here are several things that I’d add:

1) It may not actually succeed.  There may be negotiations, or cowardice on some of the team’s behalf, that it is never even set up.

2) Are the FA and EPL, legally entitled to chuck out the teams / players, from their respective competitions.  I believe that they are, but with the money and power that many of these teams have, they (the Teams) have already said that they would take this to court - bring it on!  I would think that the Supreme Court would rule with the FA / EPL.

3) Hey, instead of attacking this; embrace it.  And just like the days of the AFL in the USA in the 1960s or the WFL, in the 1970s; take this situation on or eventually merge with them.  And who knows, have a Superbowl between the two leagues at the end of each season.

5) In addition, if the European chiefs of these teams think that they are immune, and will forever rule this new league AND make much more money, what would stop teams from Brazil, China, Russia, the Middle East, from joining them; or from even starting their OWN league?  With these billionaires in the new league, there is a possibility that they could then dwarf the European league, and their teams.