Woke Woche - Superdrug, do they mean us?

My God, there is now just SO much competition for this category, where does one even begin.

I thought that some simply dreadful pieces of wokeness from either Glasgow Council (they’re useless!)  or from the many further “education” (indoctrination) colleges in the West of Scotland would suffice, until I had to go get some toiletries in the West End of Glasgow, at the Superdrug on Byres Road - and then it hit me!  As in straight away, when I was not even INSIDE the effing shop!

That’s correct.  They even had a standing banner outside the entrance informing all the awful West Endies in Glasgow of their wokeness.  It had some simply ghastly “woke signifying” words / title, as in “Togetherness in your World”, or something equally horrid . . . and just so patronising.   The said banner did not include a single “whitey”.  Forgive me if I’m wrong, but this is the West of Scotland, which is part of the UK, which is part of Europe. Easily, 90%+ of the people here are honkies!  GET THE EFF OVER IT, but I digress.

Interesting, this trend naturally followed inside the shop, with the said portraits on the banner outside, replicated therein, but now on their own.  Fotos attached below, with ALL boxes ticked!  Do inform, if they've missed out any "underprivileged" group. 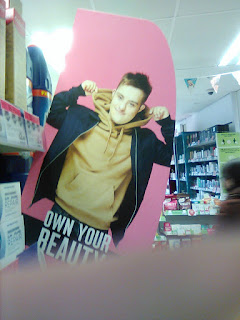 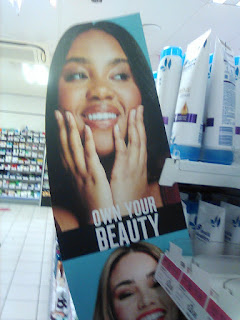 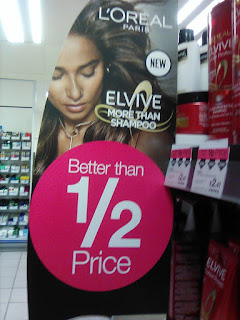 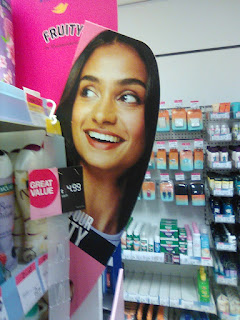 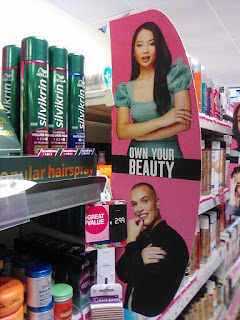 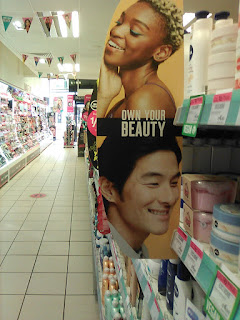 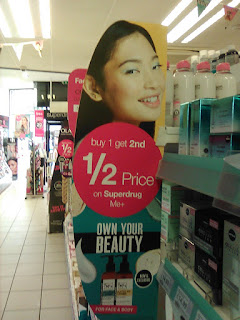 Even more interesting, whilst inside trying to buy some deo and other things, I’d noticed that there were no longer any Superdrug own brands in the deo department?  Interesting.  It appears that the one time, downmarket and cheap British brand, has now gone completely Globalist, with only brands from fellow Globalist companies (In this case Dove, Mitchum, Brut, Gillette, etc).