A Member of Parliament is Murdered (by a Somalian? Sudanese?) - They will NOT stop talking about Brexit! Part 7,534!

I remember when Saint Jo Cox was murdered a few years ago, the BBC,  et al,  went out of their way to try to pin it on the "right wing" - FROM THE VERY BEGINNING OF THE REPORTING!  It was disgusting, and yet they continued to pontificate that they were being fair and apolitical; my effing arse!

They must take us as fools. And naturally that rag of a website, Wikipedia, names the "right winger" who perpetuated the crime in the third paragraph of her biography.  They simply can not help themselves. 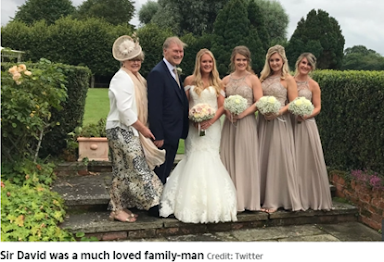 I have no problem with this, but they NEVER apply the same standards, to the far greater threat from Islamists.

So it comes as no surprise, that when I first heard about the murder of Sir David Alness (from GB News with a moderator and Arlene Foster from the DUP in Northern Ireland), that mysteriously there was no mention (again) or description of the murderer?

Ah, what a surprise.  A blind man could see it without a cane.  But I will say, that Foster at least stressed that motive, etc, was for another day.

Immediately, I switched over to the BBC and just KNEW, they would report it differently.  As Rush Limbaugh said years ago, It is who they are!

I was not disappointed, as their "reporter" instantly brought up the murder of Jo Cox, and without any hesitation, noted that it happened "during the run up to the Brexit referendum"!

I just KNEW that they would mention some form of politics; how so cliched!

They are simply disgusting, and the quicker we don't have to pay the BBC Licence fee, the better.

Recht (angrier than ever)