The Week Ahead, Various - Piers Morgan - Is this what they think about Scotland?

The start of the week, and it gets even worse, we see now that David Walliams has now had to repent, throw himself on his own sword, swear allegiance to the radical, leftist, Nazis, who apply standards to us little ole  people, that they NEVER apply to themselves. 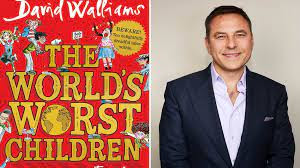 This week, will look at the typical woke, leftist news, and look also, at certain political / economic news that we'll come from different angles.

In addition, as winter sets in here in Scotland, have started to listen to more and more to various blog casts, including the wonderful Dan Bongino, amongst others.  It's actually quite uplifting to know that one is not alone.

And finally, now that the Dunhill golf has come and gone at St Andrews, with the various minor / major celebs behaving like children as if it seems that they always do when they are "up north" and playing golf in Scotland; such as Piers Morgan (using a Haggis and Black Pepper bag of crisps as a breakfast); do they ALWAYS look upon Scotland in this manner; or look as if they are a group of teenagers, with their pals - Children

Is this what they really think of us lot up here?

Email ThisBlogThis!Share to TwitterShare to FacebookShare to Pinterest
Labels: Week Ahead