Freak of the Fortnight; Matt Damon / St Jacinta of New Zealand- It has to be Damon! 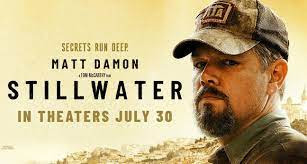 Firstly, is hate unhealthy?  A good question, but for this guy, I've a borderline hatred cuz he's such a caricature of the leftist, middle-class globalist, sanctimonious, do-gooding snob, that it's as if he just got back from a central casting workshop, in order to play this role.
Equally, he has the complete audacity to star as an oil worker, in deepest red Oklahoma, in his latest movie; that apparently is a subject of a possible lawsuit already  - You can NOT make that up!

Let's look at him in detail now, where he shows both his utter ignorance on basic facts, and shows his bluer than blue snobbery, when he insinuates that the reporter is not properly educated (or at least not as much as his "educator" mother).

You have to go here, for his infamous interview with Libertarian magazine Reason, ten years ago.

What is even more maddening, is he actually talks about tenure here, when his own mother either actually works in a private school / OR he sends his kids there; where tenure is nowhere near as much used as in the public sector, thereby contradicting himself.

POS to the max our Matt.

Email ThisBlogThis!Share to TwitterShare to FacebookShare to Pinterest
Labels: FreakOfTheFortnight