Goodbye Afghanistan and good riddance! An intelligence nightmare once again!

We should NEVER have been there, should never have even considered putting boots on the ground, never given them the money for this, never, never, never! 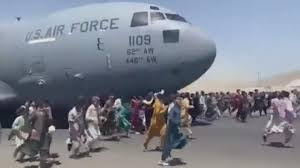 Why don't people EVER learn?

Years ago I was happening to be in Seoul, South Korea at the airport where I was drinking with 2 "suits" who weren't wearing suits, and I just KNEW that they were both DIA or CIA, with the young, hick, redneck from the latter, going on about how he hated slit eyes and that the Koreans smelled!  I kid you not!

I thought to myself, is this the standard (sic) of person that these dicks running the agencies are now recruiting?  It was simply unbelievable to see these two in action, though to be fair, the former agent, who seemed more military, was both older and slightly embarrassed by the ignorance of the CIA clown.

This led me to remember several things:

The infamous murder of an innocent Brazilian in a London Tube carriage, by a group of buffoons in our very own intelligence services in 2005, and also wondered just how BAD these murderous pieces of shit were - arrogant, incompetent and lazy.

Finally, I also tend to remember that Bin Laden himself, managed (rumoured to have) to escape the lunatics who ran the American military in Afghanistan all those years ago, by merely getting on a motorcycle and riding away!  Morons! 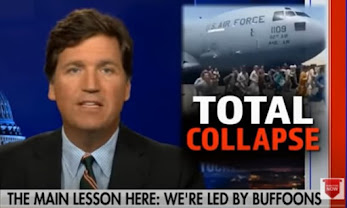 Please go here to see Fox News' Tucker Carlson go off on just how bad things in governments are run today.  He NAILS IT!  And I just couldn't say it any better.

My point here, is that things are simply always wrong and fucked up by this group of fucking imbeciles!   But who hires them?  Why do they get away with their continuing shocking levels of performance?  Why are they NEVER held accountable for their actions!

For me, I blame the intelligence agencies full stop.  I listened to the great Dan Bongino last week, where he recalled that the differences between the American and British security details, were that the Americans tended to be in your face and in public view, while the British security forces tended to be of an undercover type of nature.  He didn't say either was better; just different.

But the British way surely must be better, which is why I would prefer the undercover type of thing; but this still asks the question of where exactly is the training and intelligence aspect in all of this?

To be blunt, I could do a better job!  And I am definitely not joking here. I've been a foreigner in this UK of ours for several decades and have always felt that I can not only go incognito, but at the same time, have been able to always "fit in" as well.

We need a fundamental re-think of both our intelligence agencies and the HR element to them!   This would look at a both a long and short term strategy as to what the West's goals and influence should be.

But then again, it will never happen, I'm just dreaming!