The 3rd Sector; charities, giving and their statistics & aims - Part 2

In this section, we'll continue to look at the voluntary sector in the UK and note several links, under the broad heading of "What do they Actually Do?". 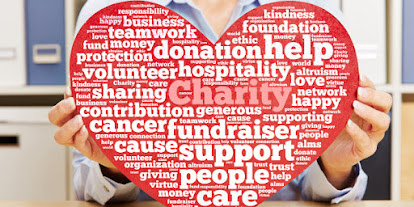 We begin with the:

A good link as it describes the function of this VO Overlord.  They seem to be quite transparent, and it's interesting to note, that fellow VOs have to pay subscriptions to them each year, in order to belong.  In addition, it shows that their "boss" in 20/21 was only making just over £100k a year, that in comparison with other "charities" is actually quite small.

This is the latest report that I could find, that is blunt and completely un-romantic in their look at this sector; and naturally leads off with the simply unbelievable:

Derbyshire charity – the National Hereditary Breast Cancer Helpline – after it emerged that the organisation spent just 3 per cent (around £27,000) of its total expenditure on charitable activities in 2014-15. Over £800,000 – went on “fundraising and other expenses”.

It also states, according to the Third Sector website:

The average boss of the UK’s top 100 charities is paid £255,000 a year, according to analysis by Third Sector. Fourteen of those charities paid their highest earners more than £300,000.

But a report by the National Council for Voluntary Organisations (NCVO) found that of all registered charities, 91 per cent have no paid staff at all and are run by volunteers. The remaining 9% provide jobs for 800,000 people. Fewer than 1% of charities employ a member of staff earning £60,000 or more.

I find the last bit particularly interesting, noting that the sports club that I do belong to, is also a charity, and believe me that there is no one earning anything like that type of dosh.

Email ThisBlogThis!Share to TwitterShare to FacebookShare to Pinterest
Labels: Charities