Mea Culpa - I'm a foreigner, should we all just eff off from Blighty for Good?

Enoch Powell was a hated figure by the mainstream media all those years ago in the 1960s, who eventually in the mid-80s lost his seat in Northern Ireland and drifted away from British life.  He also happened to be a genius, fluent in numerous languages, both European AND from abroad.  Naturally, the press will NEVER tell you this. 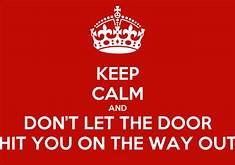 He was "notorious", at least according to the filthy MSM, for his Rivers of Blood speech in the 60s, that was condemned by the liberal elites, but was adored overwhelmingly by the general public.

And we all know, he no doubt was correct, as years later, the doors were more or less closed to many potential Commonwealth entries.

He naturally had a point, in this case, his speech was specifically aimed at potential discrimination in renting legislation - a fact lost or deliberately hidden by the scum in the press.

As for me, as a FOREIGNER, he definitely was correct - to be blunt, Britain would have been (and would be nowadays) inundated by people who would simply LOVE to come here and live.

My proposition would be for ALL of us foreigners to leave right now.  Really, have we been SO vital to this country?  I don't think that we have.

A recent Twitter posting, by that racist, bigot, mayor of London, Sadiq Khan, 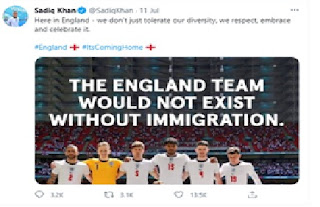 What this filthy bigot doesn't understand, is that England won the World Cup in 1966,   BEFORE the mass immigration occurred, that Powell was talking about.

What POS Khan ALSO doesn't understand, is that Italy, who happened to kick England's ass, have had very LITTLE immigration and are more or less, an all  white team, and now are European Champions.  I.e. they didn't need immigration to win it, and once again, are we any better in this country, with all this immigration?  And if all of us foreigners were told to leave / or left, would life in Blighty really be that bad?