It only works one Way - Part 2 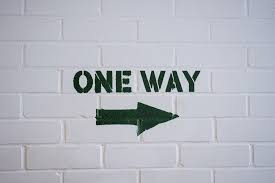 Following up from the ridiculousness that I witnessed last week in the Oliver Bonas chain of shops, where you are only allowed to slag off men and "right wingers", but of course, they "don't do politics" - I'll tell you an anecdote, that is loosely based on people I've known in the past.

It would be my attempt to explain just why they are so intolerant, but at the same time, they think that they're "liberal" in their thoughts.

I once had a mate, who seemed to tick ALL the boxes.  They in turn passed as the epitome of the woke leftist, and later, have basically spent their entire life not in the private sector.  Whilst this is happening, they became more and more extreme in their opinions; as if they were a giant box-ticking exercise.

Them and their Ilk:

* Had an Arts Degree

* Well thought of, they all loved the person

* Award winning; though not really experienced

* They had no dichotomy or difference of thought; ALL THE BOXES WERE TICKED

They were quite young when this happened, but as they became older, they became, more and more intolerant.

My point, is it REALLY any wonder why they thought like this, and would think that if ANYONE had a different opinion, they were not only lunatics, but "far right!"?

Of course not.  And therein lies just why they act and think in this far, far left, PC, woke, manner.

This thinking and acting, simply DOES NOT APPLY TO ANY OF US PEASANTS!  Particularly those of us, who have spent our entire working lives in the private-sector.

Hence them and their institutions, firms, etc, will ALWAYS stay the same and even become MORE leftist and strident.

It truly only does only work one way.